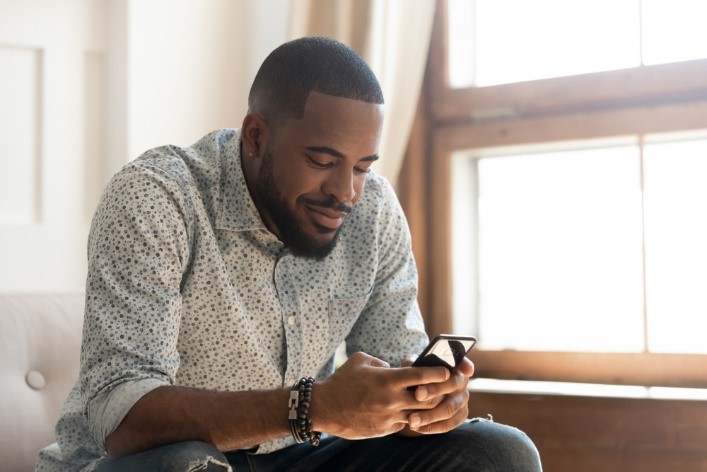 HIV infection rates among minority men who have sex with men (MSM) remain high. Frequent testing for HIV infection can help identify new infections, and self-testing has the potential to make it easier than ever to catch those infections early – something essential to stopping the spread of the virus.

Self-testing is commercially available, approved by the Food and Drug Administration, and can reach individuals who have never tested before, as well as populations at high risk for infection, like Black and Latinx individuals. Optimizing the promotion of HIV testing is important, but what’s the best way to do it?

Social media and dating apps are extremely popular and are often used to promote and recruit participants for HIV prevention research studies. They could also be very useful in reaching individuals at high risk for HIV infection and promoting self-testing. Figuring out which platforms are the most effective can help public health and other organizations better target outreach campaigns to maximize efficacy.

Culturally appropriate advertisements were placed on the six different platforms/sites, specifically targeting young (18-30 years old) and minority (Black or Latinx) MSM at risk for HIV exposure. Researchers compared the number of test kits ordered after each platform campaign and also looked at the association of a range of factors (assessed via survey) that could influence whether or not someone ordered a kit, like substance use, psychological readiness to test, and perceptions and attitudes related to HIV testing.

In total, 254 participants were included in the final analysis. Among them, 177 (69.7%) ordered a test kit. Most were ordered by participants enrolled via dating apps, with Jack’D showing the highest order rates (3.29 kits/day) compared to Instagram (0.34 kits/day) and Bing (0 kits/day). There were no associations between self-test kit ordering and HIV-related stigma, perceptions about HIV testing and treatment, and mistrust of medical organizations.

Conclusions: These results show that popular dating apps might be the best tools for promoting HIV self-testing among Black and Latinx MSM at high risk of HIV infection. Dating apps are frequently used by this population, making them a great choice for public health and other organizations planning prevention and education. Social media apps were less effective but did have some reach. Information search sites like Google, on the other hand, were largely ineffective in this study and may require additional optimization for effective targeted messaging. Identifying people at increased risk for HIV infection in preventive care using entirely remote methods is increasingly important and may represent the future of community-based HIV prevention.