National Asian & Pacific Islander HIV/AIDS Awareness Day is a national campaign to break silence and end shame about HIV/AIDS in Asian and Pacific Islander communities and encourage individuals to get tested for HIV.

Native Hawaiians and Other Pacific Islanders (NHOPI) make up 0.2% of the U.S. population and account for a very small percentage of new HIV diagnoses in the United States—less than 1% in 2016. However, HIV affects NHOPI in ways that are not always apparent. Gay and bisexual men accounted for 65% (35) of HIV diagnoses among NHOPI in 2016, and HIV diagnoses increased 51% (from 55 to 83) among NHOPI overall from 2011 to 2015 in the United States and six dependent areas.

On May 19, the Banyan Tree Project will join with organizations and individuals nationwide to encourage Asians and Pacific Islanders across the United States and territorial areas to learn about HIV, get tested, and become involved in HIV prevention, care, and treatment. 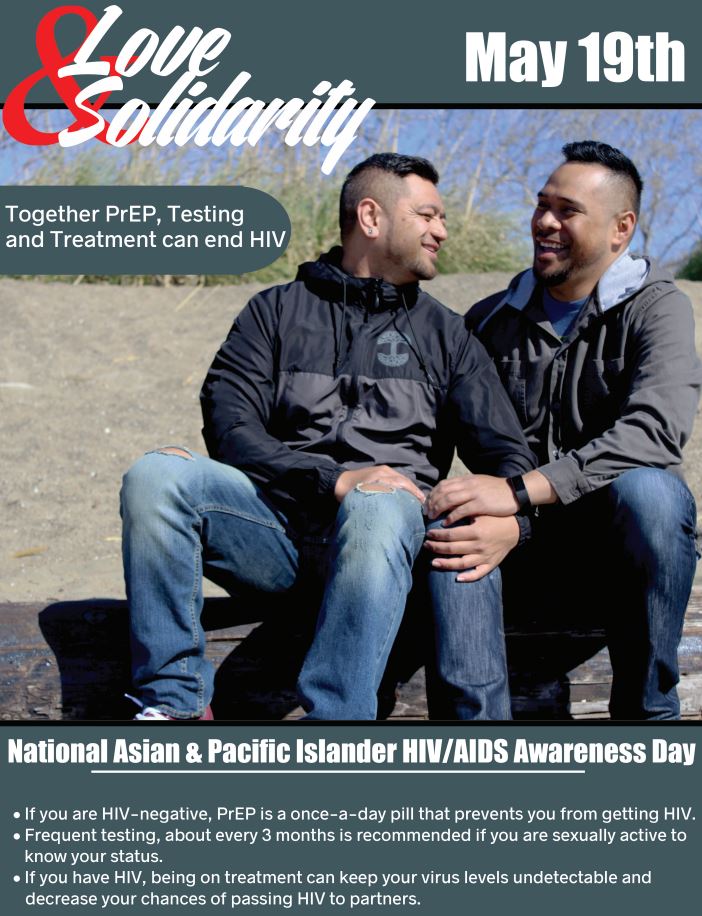