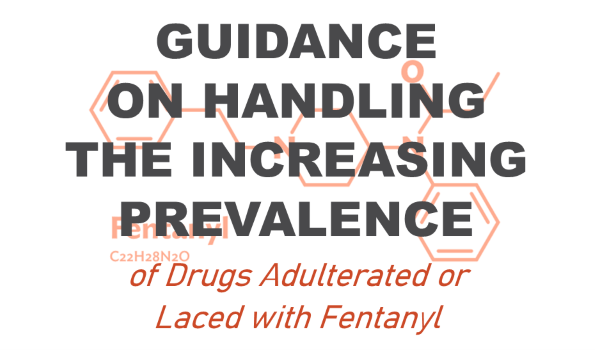 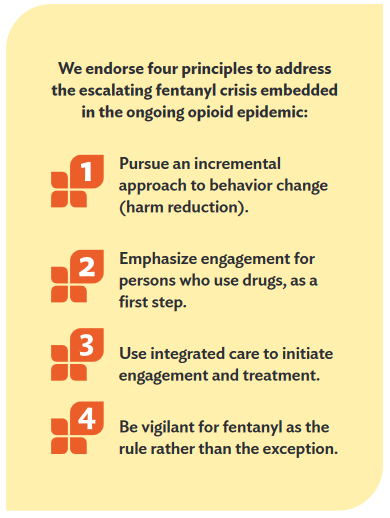 Fentanyl and its analogs are currently the primary drivers of deaths in the opioid overdose crisis and responsible for the third wave of the opioid epidemic (1). Fentanyl can be used knowingly or unknowingly. It has become ubiquitous in the illicit drug supply across the United States, often added to or sometimes replacing other drugs, including opioids such as heroin and non-opioids such as methamphetamine. Fentanyl has also been found pressed into counterfeit pills to be sold to people who may believe that they are buying authentic prescription medications (e.g., oxycodone or Xanax) and even sprinkled onto marijuana. The effect of fentanyl and its analogs is 50 (or more) times stronger than the effect of heroin (2). The unintended use of fentanyl, especially by people who have not built up a tolerance for opioids, has led to a spike in drug overdose deaths across the country. The potency of fentanyl is such that even experienced users with opioid use disorder (OUD) and tolerance can easily miscalculate dosage and experience a fatal overdose. Overdose by fentanyl can occur by ingestion, inhalation or injection. Overdose by fentanyl cannot occur by exposure through skin (3).