Spotlight Scott Co., IN: How a Small Community Made a Big Impact with Harm Reduction Efforts

The Great Lakes ATTC offers this training SUD professionals in HHS Region 5: IL, IN, MI, MN, Oh, an WI. This training is offered in response to a need identified by Region 5 stakeholders.

When Dr. Will Cooke, an idealistic young physician just out of medical training set up practice in the small rural community of Austin, Indiana, he had no idea that much of the town was being torn apart by poverty, addiction, and life-threatening illnesses. But he soon found himself at the crossroads of two unprecedented health-care disasters: a national opioid epidemic and the worst drug-fueled HIV outbreak ever seen in rural America.

Confronted with Austin’s secrets, Dr. Cooke decided he had to do something about them. In taking up the fight for Austin’s people, however, he would have to battle some unanticipated foes: prejudice, political resistance, an entrenched bureaucracy―and the despair that threatened to derail his efforts.

In this webinar, you will learn about:

Certificates of attendance will be provided to everyone who fully attends the webinar. CEUs are not offered for this event. 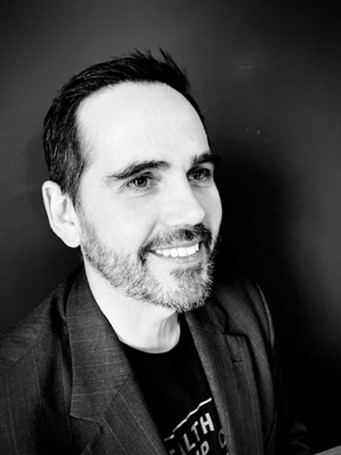 William Cooke, MD, FAAFP, FASAM, AAHIVS, is a fellow of the American Academy of Family Medicine and the American Society of Addiction Medicine, specializing in family medicine, addiction medicine and HIV medicine. His work has been covered by CBS, NBC, PBS, the BBC, USA Today, the New York Times, NPR, and others. His book about the 2015 Scott County HIV outbreak, "Canary in the Coal Mine," will be released in a few weeks. Learn more at: www.canaryinthecoalminebook.com