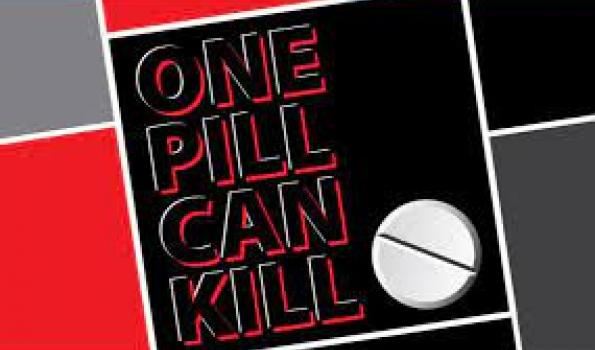 The Drug Enforcement Administration (DEA) issued a Public Safety Alert warning Americans of the alarming increase in the lethality and availability of fake prescription pills containing fentanyl and methamphetamine. DEA’s Public Safety Alert, the first in six years, seeks to raise public awareness of a significant nationwide surge in counterfeit pills that are mass-produced by criminal drug networks in labs, deceptively marketed as legitimate prescription pills, and are killing unsuspecting Americans at an unprecedented rate. These counterfeit pills have been seized by DEA in every U.S. state in unprecedented quantities. More than 9.5 million counterfeit pills were seized so far this year, which is more than the last two years combined. DEA laboratory testing reveals a dramatic rise in the number of counterfeit pills containing at least two milligrams of fentanyl, which is considered a lethal dose. A deadly dose of fentanyl is small enough to fit on the tip of a pencil.

For more on this issue, please visit the Song for Charlie Website