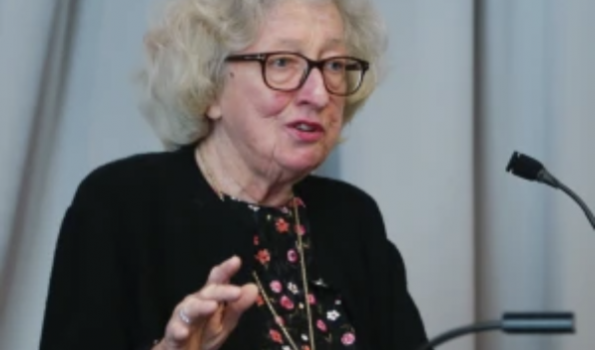 Remembering Mary Jeanne Kreek and her many contributions to addiction science

When Dr. Mary Jeanne Kreek passed away on March 27, 2021, at age 84, the field of addiction science lost a true giant. Her research not only paved the way for the first medication treatment for opioid addiction, but also made landmark contributions to our understanding of addiction as a brain disorder, the genetic factors underlying addictive disorders, and the close links between injection drug use and HIV.

The recognition by Kreek and her colleagues that heroin addiction was a disorder of the brain that had behavioral consequences was a major shift in a world where addiction was still considered by most people to be a criminal behavior or a moral failing. Working with formerly incarcerated people in active opioid use whom they brought to Rockefeller University Hospital, the research team found that individuals with severe heroin addiction were no longer able to obtain a high (euphoria) from the drug but took it just to feel normal—a crucial distinction that remains central to how we understand addictive behavior today. This was the theme of a landmark paper2 Kreek co-wrote with Dole and Nyswander about their research, “Narcotic blockade” in Archives of Internal Medicine in 1966.

Among her many important contributions to the field of addiction research over subsequent decades, Kreek was the first to identify injection drug use as the second major risk behavior (after unprotected sex) for HIV transmission. Kreek also played a role in the development of the opioid partial agonist buprenorphine as an opioid addiction treatment, which was finally approved for that indication in 2002 (and is also on the WHO list of essential medicines).