CTN Research Briefs for ASME: People with Opioid Use Disorder Less Likely to Be Engaged/Retained in Treatment for HIV

Despite significant advances in HIV treatment, marginalized groups continue to be disproportionately impacted by the virus. People who use drugs remain one of the most challenging groups to engage and retain in HIV care and are also more likely to engage in behaviors that increase their risk of infection, like condomless sex, having multiple partners concurrently, and sharing syringes for injection drug use. 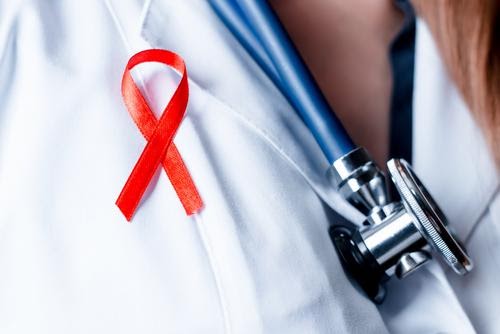 The rise in problem opioid use combined with injection drug use in particular seems to be fueling an increase in infectious diseases, including HIV, with the Centers for Disease Control and Prevention (CDC) estimating that 1 in 10 new HIV infections in the U.S. are attributable to people who inject drugs. Given this, it’s vital that we gain a better understanding of how those who report problem opioid use differ from those who report other drugs and/or alcohol use in their engagement in HIV primary care.

This analysis of data from CTN-0049 (Project HOPE) sought to explore the differences between these two groups. Using a study population of 801 participants (67% male; 75% Black, non-Hispanic; mean age 44.2) recruited from 11 hospitals around the U.S. in cities with high HIV prevalence, researchers compared previous engagement in HIV primary care by those who reported opioids as their primary problem drug and those who reported other problem drugs and/or alcohol.

A total of 95 (11.9%) participants reported opioids as their primary problem drug; this group was significantly less likely to have ever engaged in HIV primary care compared to those who reported no problem drug use, stimulant use, or polydrug use but no alcohol use. At the same time, however, this group also reported knowing about their HIV diagnosis for significantly longer periods of time than other groups and were more likely to report having health insurance as well, suggesting many missed opportunities for linkage to care.

While not statistically significant, the trend in the estimates of remaining drug/alcohol categories (alcohol, cannabis, polydrug use with alcohol, and “other”) point to a similar phenomenon: those who identify opioids as their primary problem drug are engaging in HIV primary care less.

Conclusions: These findings suggest that while engaging people in care after HIV diagnosis is critical for everyone, there may be extra barriers to consider when it comes to people who identify with problem opioid use. These barriers can vary depending on type of opioid use, route of administration, and specific systemic and structural barriers related to problem opioid use, such as a lack of integrated care, a well-documented structural barrier to both HIV care and substance use disorder (SUD) treatment. National efforts to eradicate HIV will depend on integrated opportunities and tailored, expanded efforts to link high-risk, traditionally difficult to engage populations to quality HIV care as well as SUD treatment.